This stylish and classic Italian designed brush possesses a two-tiered reddish-brown handle with a gold band around its waist. With a handle crafted of acrylic resin and hair lofted with an exquisitely soft, thick, and luxurious knot of 100% Silvertip Badger (Puro Tasso), this brush exhibits a refined look. Most of the weight is balanced toward the top bulb of the handle near the knot of this larger-sized brush. The Omega 639 is slightly larger than the medium-sized Omega 638. With Omega brushes (il famoso pennello - the famous brush), your search for an intricately designed and functional brush is at an end. Get started on a delightful shaving experience. Lather at will.

Probably the best shaving shaving brush I've ever had and I'm 84. Where have you been

Just starting out. I didn't know what to expect in a shaving brush. But I have reached a point in my life when I have decided, hey, I can treat myself to something that appears to be a notch above, especially if it's going to last several years or decades. So I decided to pop for an Omega 639 Silvertip Badger Shaving Brush. (Also, I'm from Wisconsin. Go Badgers!) It fluffs up wonderfully during the 5-minute pre-soaking and lathers up well. It feels great in my hand. It feels great on my face. After a few months, I can recall losing ONE bristle. Admittedly, I have nothing to compare it to. But I certainly do not regret springing for the Omega 639 model.

Not cheap, but the best brush I have ever owned. I have had many over the past 50 years. This is the absolute best. Worth every penny. Soft silver tip and retains al its bristles. Perfect sized handle. Use a good cream, not soap and you will be very pleased. 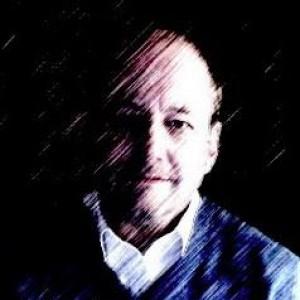 My wet shaving experience began with an Art of Shaving silvertip badger brush about 10 years ago when I used Harry’s cartridges. It was good but ultimately overpriced for what it was. It didn’t hold up beyond three years and began serious bristle shedding although I took good care to rinse and dry it inverted in its stand. I replaced it with WSC’s tortoise shell Torch silvertip badger about the time I switched to a DE razor. The WSC brush was a big improvement and at a great price. Now, after many years’ careful care and reliable daily service, it is beginning to give out. When I went to replace it, it was sold out. I explored further. This Omega 639 silvertip badger brush boasts similar dimensions but at about twice the price. It too was sold out. I decided whichever one WSC notified me was back in-stock first, I’d purchase. Wow! The Omega likely is or nearly is twice as good. It’s softer and the bloom, while as large as (perhaps larger than) the WSC Torch holds a ton more water and whipped up lather on my face like nobody’s business with the same amount of time swirled atop my Fine Accoutrement’s soap puck. It’s a monster knot inserted it to a modest-sized, handsom handle. Unbelievable! This is actual luxury. The bristles as described by others feel feather-like. I’m really looking forward to tomorrow morning’s three-pass shave. The BBS seemed even closer this morning, but that perception may be a consequence of my delight from the purchase of this brush. If you know you like silvertip badger and have the coin, spring for this Omega 639. It is handsome and elegant inverted in my WSC large-opening (30 mm) stand. Nice to look at; great to use.