Chris Kirchen is the artisan behind Karve Shaving Co. Based out of Canada, he is producing exceptional brass safety razors that are catching the imagination of wet shavers around the world. These beautiful instruments are heirloom quality and provide an exceptional smooth shave.

Dubbed the Christopher Bradley razor, this grooming instrument is made of solid brass. It is beaded blasted for matte finish but left uncoated so a lovely, warm patina will form over time. This razor is complete with handle and base plate, so pop in your favorite blade and get grooming. The plate is Level D solid bar guard, which is medium leaning toward aggressive.

The 3.5” handle is ground with a notable pattern. The knurling was inspired by a centuries-old technique used by watchmakers called Guilloche. The lines are actually cut into the brass (not formed) so that you are ensured smooth, clean edges – and plenty of friction for wet fingers. Add this lovely grooming requisite to your shaving den.

United States
I recommend this product
Great razor, efficient without being aggressive;

I have a coarse beard that needs a certain degree of efficiency to get a close shave. The beard grows quickly, so I need to get a close shave. However, my skin is very sensitive and is easily irritated. Thus, I also need a smooth shave. With the Karve nsolid bar D plate, I was able to get a very close shave without irritation. I may even explore other options such as a an Open Comb D plate or an E or F solid bar plate to see what is optimal for my beard and face.

Great fit, finish and design. Not just a tool, bu a work of art. Now my daily driver!

I ordered this razor for travel use, but after a few weeks of almost daily shaving it looks like I'll be ordering another one for my dopp bag! This razor is unbelievably well balanced. The long handle provides for more control and it has a lot of weight to it. The knurled handle also assures a good grip even in the slickest of conditions. I got the Level "D" Guard, which is middle of the road in aggressiveness and it's perfect for me with my medium coarseness. I own and use Gillette and Merkur adjustable and fixed guard DE razors and this Christopher Bradley is by far the best razor in my arsenal. Don't let the price discourage you, it is a little steep, but the quality, craftsmanship and end result will more than make up for it. High quality blades and this razor will remind you of why you went to a DE razor in the first place. 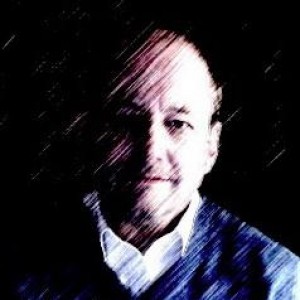 I began wet-shaving about 10 years ago, but only switched to a safety razor within the last year. I began with a Merkur 34C. I thought I'd arrived at the best possible shave when I finally loaded it with Feather blades. But I still seemed to be making too many clean-up passes. Then I saw a WCS promo about the Karve CB and watched shave videos where every reviewer seemed to be over-the-moon about how smooth it was, yet really getting the job done. As I investigated, though tempted to try the C plate most reviewers were using, I noted that the "blade gap" figure, while available for the Karve, was not noted concerning the Merkur. So I asked the folks at WCS. Abraham replied. He informed me the C plate had a little less gap than the Merkur and would therefore yield a milder shave. The blade gap created by the D plate, he thought, would give me the slightly more aggressive shave I was seeking. I order the Karve CB with a D plate. It's a beauty; that's for certain. But I made a tactical error and loaded it with a Feather. Whatever I thought I knew about shaving technique with a safety razor went right out the window with that rookie mistake. The Karve yielded a very rough shave. I tried a Merkur blade instead (left over from my initial foray) and even that milder blade yielded a similar unpleasant result. I sulked and went back to my Merkur 34C for a few days, then placed an order for the C plate. Before it arrived, I reached out to Abraham again. He suggested I try Astra and Gillette Silver Blue blades my Karve before I gave up on the D plate. The Astra worked better, but I still felt a fair amount of blade. The Gillette Silver Blues, on the other hand, gave me precisely the experience I'd heard about and was yearning for. I began getting the best shaves of my 68-year life. When the C plate arrived, I didn't even give it a try and sent it right back for a very prompt refund. I LOVE THIS RAZOR. It requires no pressure, simply my fingers guiding it through three passes for a wonderful shave with minimal clean-up. In fact, my technique has improved over a few months use of the Karve to the point that I know right where I'll have to clean up because of funky beard grain, so I address it on the third pass. I can't imagine any razor for significantly more money will do the job significantly better than my Karve Christopher Bradley with the 3.5"-inch handle. I take it apart and dry it after every shave. It's only gradually takes on a patina as a result. I've polished it once and restored it to its lovely bead-blasted matte finish. It is a handsome, rugged tool. And the price is really, really right. At this price point, I'm convinced you won't regret giving it a go. It well could become your "go to."

This is an outstanding razor. The machine quality is top notch. The shave is really nice and smooth, and the weight is well balanced.