Barrister and Mann After Shave Balm

Barrister and Mann has been crafting exceptional grooming products for years. Will has built a reputation for exceptional products and phenomenal scents. Now, after years of asking by his loyal following, Will is releasing a line of lightweight, non-greasy, soothing after shave balms. Jojoba oil, kokum butter, hyaluronic acid, radish oil, and more nourish your just shaved face.

Bay Rum: This after shave balm is scented with the classic aroma of bay rum. For years bay rum was the scent of sailors and pirates and cowboys. It did more than scent your skin - rum concoctions were used to disinfect, deodorize, and more. Barrister and Mann’s take on this ages old scent dispenses with the clove and focuses instead on notes of real black strap rum, Indie bay, sweet orange, cinnamon, and vanilla-like benzoin.

Cheshire: This Cheshire scent is a nod to Earl Grey tea, perhaps the most famous of blends. Will has attempted to recreate the peppery, orange flavor is a shaving soap. With the addition of sage, bergamot, and hints of lavender and patchouli this is a pretty spot on replica. One of Will’s favorites!

Cologne Russo: This after shave balm is scented with Barrister and Mann’s throwback aroma, Cologne Russo. Salvaged from the mists of time, this scent is replicated on a fragrance first created for the Russian royal family by the House of Guerlain. Notes of lemon, bergamot, petitgrain, and herbs with violet, rose, bay, and amber are laid on a warm base of castoreum, benzoin, and vanilla.

Lavanille: This scent is one of Barrister and Mann’s most noteworthy. Will started by recreating a scent “lost to the mists of time”, Mousse de Saxe. It is a deep, dark, leathery aroma. Then he blended it with lavender, vanilla, cedar, and musk to create a scent not smelled for a generation.

Le Grand Chypre: Le Grand Chypre is a scent inspired by the island of Cyprus (it’s namesake) and the family of fragrances that also share its name. The scents of the island are the foundation of this aroma, notes of bergamot, lime, labdanum, oakmoss, and a touch of patchouli. But Will has added depth with notes of peach, rose, frankincense, cedar, and cinnamon for an elegant, fruity/floral fragrance.

Seville: This scent is dubbed “God’s barbershop” by Barrister and Mann fans. Seville is a mixture of lemon, bergamot, rosemary, lavender, patchouli, and oakmoss. Inspired by the Barber of Seville, this aroma will transport you with its lovely complex blend.

United States
I recommend this product
become that object of desire

I have tried a couple aftershaves which promoted “barbershop fragrance “ and neither was even close. This one is the real deal. Remember that smell when the barber brushed powder on your neck after a haircut? This aftershave balm captures that smell. I love it. Thanks for finally getting it right.

United States
I really love this after shave

I love the scent and this base. A little pricey, but I'm sure it'll last a long time. 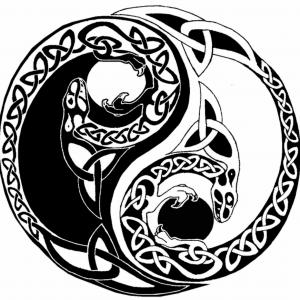 This being my first shave balm, I am glad I tried it. Winter is coming and my face can use all the extra moisture it can get in the coming months. I noticed a difference after the first use. It goes on smoothly, not oily in any way, and absorbs quickly. A small dab goes a long way so it should last right through the winter months and then some. As to scent it is one of the more pleasant I have come across. Hard to describe, it is very subtle, flowery comes to mind. If that is not your thing (I have always leaned toward woody, or musky scents) no worries as it does not last long. It is more for your personal enjoyment than the lingering scents of many common aftershaves. While the scent is mostly dissipated within an hour and a half, the moisturizing lasts, I only use it every other day. I will most likely order a Barrister and Mann Aftershave bottle of the same scent. It is unique, and very refreshing compared to most aftershave offerings.